The article shows that Rome was an important reference point not only for the ancient world, but also for the social and economic structure of society, where special attention was paid to the development of agricultural crops and their use. In the Roman Empire, agriculture was the basis of commodity-money relations and wealth. Agricultural labor reached its maximum development in the Christian era. Roman rules and laws regarding rural estates were applicable to all citizens who inhabited the vast Empire. The article emphasizes that one of the main achievements of Roman land ownership was the transition from small-scale farming to large-scale land use, which allowed to cultivate more land, develop new varieties, and allocate funds for improving production. Thus, the slave owner achieved greater success than the small producer, and the small collective of slaves working in such a farm became the key to its good profitability. However, in the first century BC. in latifundia, where the labor of a large number of slaves was used, the control over the work of which was much weaker, and, consequently, such a farm was characterized by low productivity. 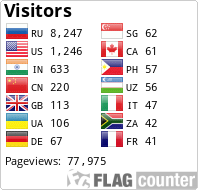 Flag Counter is a free service designed to count the number of visitors from different countries.

Open Аccess to articles is available starting from Issue 1 (January 2020).

The journal is indexed in AGRIS. AGRIS is a database of articles on agriculture from 148 countries.

CyberLeninka is a scientific library for monitoring the quality of publications and increasing the citation level of Russian Science.

The journal is indexed in the Ulrichs Periodicals Directory, a database of world journals and publications in all fields of science.

Since March 15, 2021, the Autonomous Non-Profit Organization "Scientific-Historical Center "World History" has become a part of the registration agency CrossRef (USA). All journal publications are assigned a DOI code.

Journal is included in the updated list of AkiNik Publications - leading provider of innovative technologies in the field of publishing scientific journals and books.

The journal is included in the EBS IPRbooks. EBS IPRbooks is a resource that provides access scientific publications necessary for teaching and organizing the educational process.

The journal is included in the EBS catalog Znanium.com with the support of INFRA-M holding.

The journal is included in the Russian Science Citation Index.